Gay marriage comes back to California!

It may be a few weeks, but it looks like California will allow — make that support — gay marriage.

We haven’t seen the statement ourselves, but the LA Times reported that Governor Brown wrote that 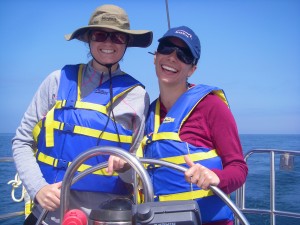 “I have directed the California Department of Public Health to advise the state’s counties that they must begin issuing marriage licenses to same-sex couples in California as soon as the 9th Circuit confirms the stay is lifted.”

I talked to the Ventura office that issues marriage licenses this morning. They thought gay couples would be able to apply by afternoon, but at this point they’re on standby with no idea when  the 9th Circuit may lift the stay. Best guess, a few weeks.

Chaplain Dan is standing by, too. But it’s not too early to arrange a wedding aboard Sancerre, Wiley or on the beach.